Hi, hi everyone! (Why does my title sound like the beginning of a Buzzfeed article??) I’m just going to casually pretend like it hasn’t been…four? months since I last posted. Oops. Anyhow, in those four months, I have become rather infatuated with podcasts. You’ve probably heard of plenty of non-fiction podcasts in the world- Wait Wait…Don’t Tell Me! by NPR is my mom’s favorite- but fiction podcasts (save Welcome To Night Vale) seem to get much less recognition. Here’s some of my favorites!

Per their website, The Penumbra is “all about stories you recognize told in ways you won’t expect.” It was what got me into podcasts (kudos to that one person on tumblr who said that if you watch Dirk Gently’s you should listen to this) and I love love love it. The overarching storyline features a grumpy nonbinary private investigator, an incredibly dashing thief, and a spooky evil plot. It’s noir…but set on Mars? And with more diversity! They also have a couple of stand-alone episodes: disabled knights trying to slay a mythical beast, a Robin Hood-esque somehow-has-adopted-like-seventy-children scoundrel and the woman she kidnaps (that sounds way shadier than it actually is, promise), and two other spooky stand-alones that I have yet to listen to because I am a smol bean who gets frightened very easily. But I’ve heard they’re very good.

Season 2 has just begun, so you can probably catch up in time for the next episode! *wink wink nudge nudge* 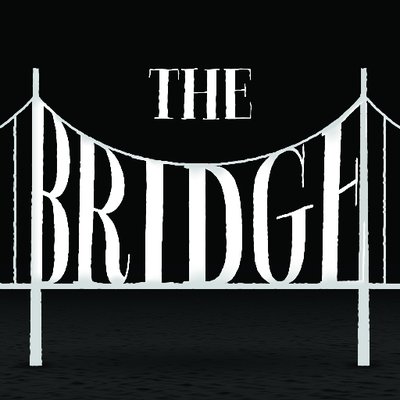 The basis of The Bridge is that, in an alternate universe, a bridge spans the Atlantic Ocean, with Watchtowers looking over it. Watchtower 10 broadcasts stories that potentially are true, containing creatures that definitely exist. Mostly, however, we have the adventures of the Watchtower 10 crew: Etta, who is a kind bean with a Tragic Past™, Kate, a Bridge Travel Agent (a kinder name for security) who has no time for anyone’s crap, Roger, who is only there because he lost a bet (very grumpy), and Bertie, a horticulturist who really does not need to deal with any of the creepy shenanigans that go on at Watchtower 10. (There’s also Bob, but I’ll let you learn more about that.) It’s a wonderful podcast- not super high quality, but the writing is superb and the stories are spooky and I am hooked!

(Also: the theme song is INCREDIBLE. I get chills every time I hear it, it’s so marvelous.)

Wolf 359 is practically a staple of the fiction-podcast fandom at this point, I think. It currently has three seasons, and it starts out with some events in the daily lives of four crewmen out on a research expedition around the red dwarf star Wolf 359. But the company they work for is a bit more sinister than it seems, and soon there’s a mess of mysteries to untangle. It also features the coolest AI ever, Hera, your friendly kickbutt commander, Minkowski, a slightly creepy Russian doctor, Hilbert, and, the main character, a prankster communications officer, Eiffel. The writing is incredible and there are SO MANY plot twists. (I’m still in shock from the end of season three, to be honest. SO MANY REVELATIONS.)

Wolf 359 does not have a teaser, but there’s an awesome fan-made one you can listen to here!

4. The Strange Case of Starship Iris

There’s kind of a theme of space podcasts on here, isn’t there… Anyway! The Strange Case of Starship Iris is fairly new podcast about a scientist who is rescued from her ship after the rest of the crew mysteriously dies in a shuttle explosion. There’s mystery! Romance! A diverse set of characters (and a diverse cast)! Puns! Purple aliens who have no time for the gender binary! IT’S GREAT. Like The Bridge, the quality isn’t perfect, but it’s barely noticeable and I have so many questions for how everything is going to fit together. It also has the most creative credits that I’ve ever heard/seen- it’s told like an ongoing mission report, and the character’s “aliases” are actually their voice actors! Which is very, very cool.

There’s also the relatable problem of voice-recognition technology. Somehow, this issue has yet to be solved.

The Strange Case of Starship Iris does not have a teaser, but you can view their synopsis here!

Another space podcast! EOS 10 is a comedy, and is much, much lighter than the others. I guess I could describe it as “those-reality-tv-shows-about-an-office-but-in-SPACE”? It’s very silly, and fun, and there are some less-comedic focuses but it’s still very funny. It’s about doctors on this space station, EOS 10, yet somehow very few of the episodes actually revolve around the medical field: instead on the antics of the main characters as they deal with hypochondriac aliens, space cowboys, and anti-vaxxers. The episodes are fairly short, too- about 20 minutes, and there’s currently two seasons!

EOS 10 does not have a teaser, but you can view their synopsis here!

The basic premise of The Bright Sessions is recordings from a therapist’s sessions, but the therapist is not your average therapist and the patients all have supernatural abilities (I’ve heard it described as being similar to X-men?). But it’s so, so much more complicated: there are shady government agencies and relationship drama and time travel and family, and altogether it’s just amazing. All of the patients are so complex and interesting, and Dr. Bright is an marvelously well-written character with such fascinating motives. I’d say this one is a fiction-podcast staple, as well: it’s been around for three seasons and is currently competing with Wolf 359 for a Webby Award!

The Bright Sessions also does not have a teaser, but you can view their synopsis here!

The creators of ars PARADOXICA describe it as “a love letter to physics, fiction, and the future,” and I’d say that’s pretty darn accurate. My personal opinion is that if you like Doctor Who but you want more time-travel science, you will LOVE this podcast. There is so much about physics and paradoxes and other science stuff that it almost feels overwhelming, but it’s told in a relatively simplistic way, and makes a lot of sense! The podcast follows Dr. Sally Grissom, a physicist from 20-something (it’s always redacted on the show) whose new project accidentally lands her in the midst of WWII. She’s quickly placed in a small, government-run town filled with other scientists, and the show follows their lives and so many cool things that happen to her and her crew (hint: an overuse of time travel! machines that can make cool things happen but you won’t ever know because the way it affects time will make it seem like it’s always happened! more shady government agencies!) I’m currently only on episode 8, but it’s so interesting and addicting!

Those are my recommendations! If you want some more, check out Eve’s post here for two others that sound fantastic. Do you listen to podcasts? Got any recs (especially some non-fiction ones)? Also: hello again, blogosphere! Hopefully I won’t be gone for as long as before…

14 thoughts on “7 Podcasts You Should Listen To (And If You’re Not Listening To Podcasts, You Should)”