OHMIGOSH THIS WEEK HAS GONE BY SO FAST. It seems like Christmas was only yesterday. How was your week?

First off, I’d like to ask for you to take my survey on my blog. It’s currently only had three responses, but I want to know what you guys think! https://www.surveymonkey.com/s/WCPVLZJ

On Monday: My Hero Monday

On Tuesday: Doctor Who: TARDIS tutorial (which is really weird because it now has a url of “tardis-drawing” which should have been the below post…grrrr)

On Wednesday: THERE WAS SUPPOSED TO BE A TARDIS DRAWING. Or maybe that was last week. BUT I’M VERY MAD AT WORDPRESS RIGHT NOW BECAUSE I LOOKED THROUGH ALL MY POSTS AND IT’S NOT THERE.

On Friday: I thought I had reblogged this really sweet video, “Real Men Don’t Hit”, but WordPress was fussy. GRRR. 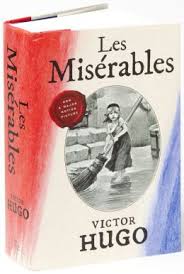 Currently Reading: Les Miserables by Victor Hugo. No, it’s not for school or anything, Barnes and Noble just had a $9 edition and I wanted to read it. Currently only in the first book about M. Myriel. Jeez it’s long.

The 5th Wave by Ricky Yancey. I’ve heard good and bad things about this one, but I thought I’d try it.

I also read the following:

The Distance Between Us by Kasie West. AHHH this book was so cute! I liked it a lot! Not up there with Anna and the French Kiss, but FLUFF. 🙂 ❤

Ranger’s Apprentice: The Ruins of Gorlan by John Flanagan. I’ve seen this series EVERYWHERE for the longest time, and a friend of mine that we call Katniss recommended it to me, and I devoured it. One of the best middle-grade fantasy/medieval stories I’ve read in a long time. 🙂

Wildwood Imperium by Colin Meloy and Carson Ellis. So good! A great conclusion to the Wildwood trilogy. The whole ivy thing was really interesting.

Be prepared for a bunch of mini reviews tomorrow! I want to start a new “Mini-Review Monday”, per the idea of my best friend.

I had an idea for this year’s NaNoWriMo novel (I want to start planning WAY ahead of time) so I did character profiles and stuff like that. Except almost nobody has a name yet.

Not much with music. For my birthday, I’m asking for Lindsey Sterling’s Shatter Me album. I also listened a lot to my New Music playlist. Oh, and my dad wants me to listen to an Oasis CD- (What’s the Story) Morning Glory? . Anyone out there a fan of them? How do you like them?

How was your week?

Evi (because the picture’s being fussy again)

PS- Since apparently the reblogged video and my TARDIS drawing mysteriously vanished, I’ll repost those for anyone who wanted to see them and didn’t. I have a friend who saw the drawing, but it’s not showing up, so how mysterious.